On February 27, 2014 the Council of the Malta Co-operative Federation approved Comino Ferries Co-op Limited as a new Member Society of the Federation. 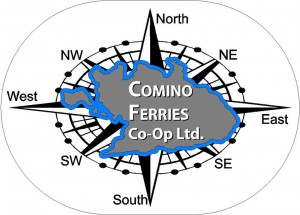 The co-operative offers a scheduled ferry service for passengers to Comino (Blue Lagoon) from Malta and Gozo.  The society will also offer chartered services on request for domestic and commercial purposes.  The co-operative’s members bring together under one name years of individual experience in this sector. The President of the co-operative, Mr. Mark Anthony Bajada, is very enthusiastic about this new venture which he shall be undertaking together with his colleagues.

The Secretary of the co-operative, Mr. Joey Camilleri and his committee members are extremely grateful for the support offered to them by the Federation’s Council Members.  Mr. Camilleri claims that the preparedness of Federation’s Council Members was instrumental to helping them formulate what was a vague idea into a viable commercial co-operative reality, in such a short time.