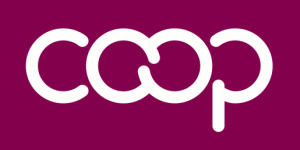 A global marque for co-operatives has been unveiled by the International Co-operative Alliance.

The co-operative logo, designed by a British co-operative, has been launched at the Alliance’s Global Conference in Cape Town which was attended by over 1000 people from 88 nations.

Calverts, the London-based creative co-operative, was commissioned in March by the ICA to create the common identity. Building on the momentum created by the International Year of Co-operatives and the widespread use of the logo, the ICA has led on this initiative as part of its Blueprint for a Co-operative Decade initiative.

The Blueprint focuses on key areas of development of co-operatives, including an extended chapter on identity, to ensure the business model is one of the fastest growing by the end of this decade.

Dame Pauline Green, President of the International Co-operative Alliance, said: “This new brand or identifier that we have produced is something that we believe there is a real thirst for around the world and has been for some time. When we had the UN logo everybody around the world used it.”

Designed by Calverts, with support from the Barcelona- and Buenos Aires-based Guerrini Island Design, the branding has been designed with feedback provided by co-operators around the world. The process has been overseen by the ICA’s communications committee, which is chaired by Co-operatives UK Secretary General Ed Mayo.