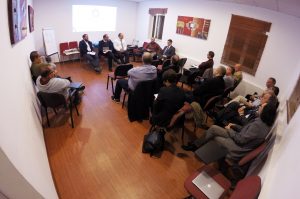 The Malta Co-operatives Federation’s member societies present at the AGM held on the 15th January 2016, have unanimously authorized the Federation’s Council to take all the necessary action to protect their interests and end the discrimination against MCF.

The very well attended AGM of the Malta Co-operative Federation was also addressed by the Federation’s lawyers Dr Leonard Caruana and Dr Michael Camilleri. Dr. Caruana and Dr. Camilleri said that despite numerous efforts by Council to resolve the discriminatory situation faced by MCF, there was no tangible progress registered, despite the commitment by government to complete the Central Co-operative Fund reform by the start of 2015.

The lawyers outlined the necessary steps the Federation would be taking in the coming weeks to protect its interests and the interests of its member societies.